Top Brands That Faced Lawsuits in the U.S. 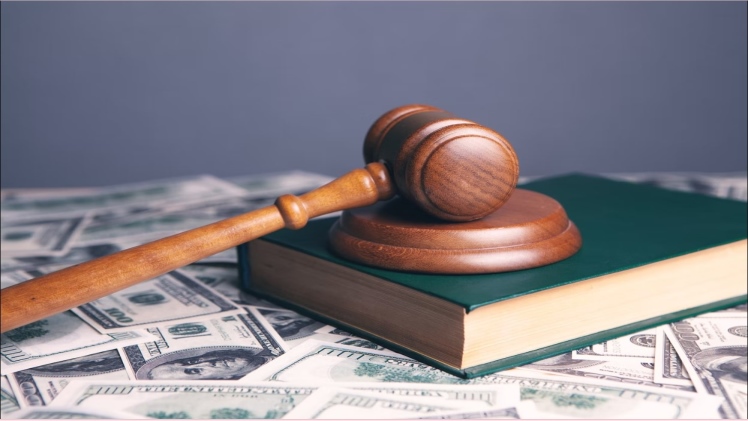 The consumer market is an ever-changing one. With new products and services emerging daily, companies are forced to innovate to stay relevant and competitive. The downside of this constant change is that new technologies often come with unforeseen consequences, like lawsuits.

According to Bloomberg Law, over 6,400 Perfluoroalkyl and Polyfluoroalkyl Substances (PFAS)-related lawsuits have been filed from 2005 till 2022. While most companies avoid legal action by taking the proper safety steps, some brands have made mistakes that resulted in costly lawsuits.

In this blog post, we’ll explore some high-profile cases.

Johnson & Johnson has been slapped with a  Tylenol lawsuit, which is a class action lawsuit against the company. The lawsuit alleges that the company failed to warn pregnant women about the risk of exposing their children to high levels of acetaminophen during pregnancy, which can lead to ADHD.

The primary concern with this medication is that it contains acetaminophen, which can cause Autism and  ADHD in newborns if taken during pregnancy. The case alleges that Johnson & Johnson knew about the risk of taking Tylenol during pregnancy but failed to warn consumers.

McDonald’s was sued by a woman who spilled hot coffee on herself at one of their franchises. The jury awarded her $2.9 million in damages, and the case symbolized the tort reform movement that sought to limit lawsuits

In 1992, Stella Liebeck ordered coffee at McDonald’s and spilled it on herself while parked in her car. She suffered third-degree burns on her thighs and groin area that required skin grafting due to extensive scarring.

It was not an isolated incident, as McDonald’s had received reports of scalded customers from individual franchises since 1982, but they chose not to take any action until after the lawsuit went public.

3M is a well-known consumer product brand that has faced several lawsuits throughout its history. One such lawsuit involved defective earplugs that were sold to the U.S. military.

In this case, 3M was accused of knowingly selling faulty earplugs to the U.S. military between 2002 and 2015, which led to hearing loss for thousands of soldiers who used them during training exercises and combat missions.

3M settled with the U.S. government in 2017 after being sued for negligence and fraud in selling these defective products to our troops on their behalf. But this wasn’t all, as the company faced a class-action lawsuit from veterans affected by these faulty products. This group won a hefty damages settlement and another settlement from 3M itself.

Ford Motor Company is one of the most prominent car industry brands, but they have their fair share when it comes to lawsuits. One of their most infamous brush with the law was because of the Pinto car.

Ford’s smaller, cheaper-to-make cars had been catching on in the early 1970s, and they wanted to capitalize on this trend by creating a car that would appeal to younger drivers. They did this by making the Pinto as small as possible, which resulted in a relatively tight cabin and a gas tank that was located behind the rear axle. This meant that if the car were hit from behind, it could explode into flames.

The first public awareness of this problem came in 1977 when an article appeared in Mother Jones magazine. It described how a Ford Pinto being driven by a woman with her son in it stalled on a merge lane and caught fire when rear-ended by another car. While the lady died, her son suffered severe third-degree burns.

Merck & Co., a pharmaceutical company known for its painkiller Vioxx, was at the center of one of the largest health fraud lawsuits in U.S. history. Vioxx was prescribed to millions of people throughout the U.S. to treat arthritis and other painful conditions.

In 2004, Merck began receiving reports that patients who had used Vioxx suffered heart attacks and strokes at higher rates than those who took other medications for similar ailments.

In 2005, after further research confirmed their suspicions about Vioxx’s adverse side effects, Merck voluntarily withdrew it from the market, but not before being sued by hundreds of patients who alleged that they had been harmed by taking the drug while it was still available on pharmacy shelves.

The company eventually agreed to pay a hefty sum as part of a settlement agreement with federal regulators. However, it did not admit liability or fault related to these claims.

Bayer Corporation’s Yaz birth control pills have been linked to blood clots, stroke, and heart attack. It has resulted in many Yaz Birth Control Lawsuits filed by women who have suffered injuries after using the drug.

Yaz is a popular oral contraceptive that can be taken every day for three weeks, followed by one week off from taking the pill. It contains two hormones – Drospirenone and Ethinyl Estradiol (E.E.). The first ingredient is believed to be responsible for most of the adverse side effects associated with Yaz use.

Bayer Corporation Yaz Birth Control lawsuit is a lawsuit that was filed in the United States District Court for the Southern District of New York. The case was filed by four women who claimed that they had suffered from blood clots, strokes, and other serious injuries as a result of using Yaz birth control pills.

The allegations involve an ingredient called triclosan, which is linked to endocrine disruption and bacterial resistance. The lawsuit states, “Colgate’s advertisements imply that using Colgate Total will prevent gingivitis and periodontitis, but this is simply false.

In conclusion, it is essential to note that these are just a few examples of brands and companies that have faced lawsuits in the U.S. There are many more cases where a company has been sued over various issues, including those mentioned above.

What Does the Best Adventure Tour Package Have in Store?

What is the Best Way to Enter a Career in Corporate Strategy?

Which Places Are Best For Adventure in China?